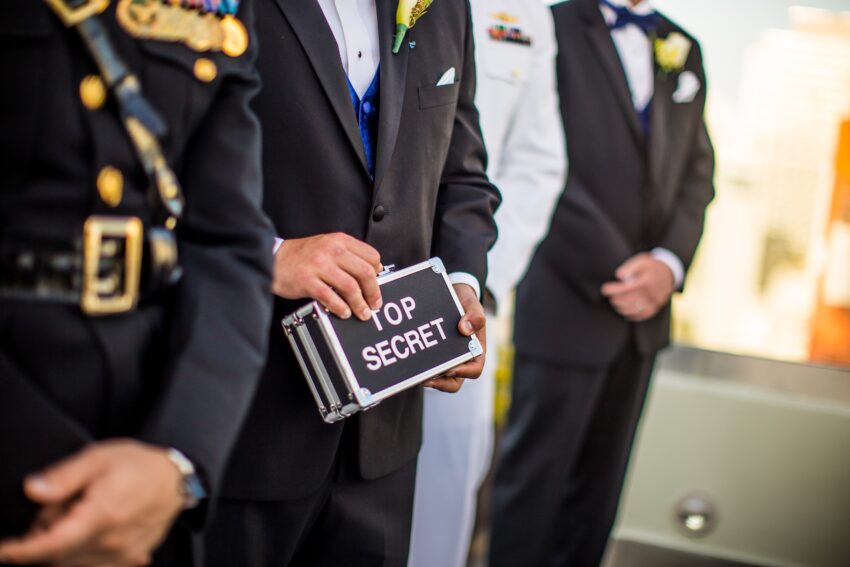 One of the most successful accomplishments of the Israeli Intelligence Agency was the capture of the Nazi War criminal Adolf Eichmann over sixty years ago. After an unsuccessful attempt once before, the then Israeli Prime Minister, David Ben-Gurion (the primary founder of the State of Israel and its first Prime Minister) assigned his head of intelligence with a direct order to find Eichmann and to bring him back alive to Israel for judgment.

On May 23, 1960, Israeli Prime Minister David Ben-Gurion proudly went in front of the cameras and announced to the world that Eichmann had been captured and would stand trial in Israel.

There was a very interesting behind-the-scenes piece that was done in Hebrew describing some eye-opening developments leading up to the famous announcement of his capture.

On December 5th, 1972 an Israeli television program hosted Yitzhak Navon, the fifth President of Israel (1978-1983) along with its former Prime Minister, David Ben-Gurion (1949-1954; 1955-1963.) Sitting in the audience was former Mossad head of intelligence, Isser Harel. During the program, Navon shared with the audience what Ben-Gurion’s reaction was when he was informed by Harel about the capture of Eichmann.

Navon recounted that after hearing the exciting news that he had been captured and was in Israel, Ben-Gurion replied, “How do you know it’s really him? Do you know how damaging this could be for us if we were wrong?”

Even after Isser showed Ben-Gurion all of the investigative proof, he still wasn’t convinced. Ben-Gurion instructed Isser to find a few Holocaust survivors who could give eyewitness testimony before moving forward.

Navon went on to explain how impressed he was with Ben Gurion’s control over the newfound intelligence. Morning turned into the evening, the evening turned into morning, and shortly before the scheduled afternoon Knesset meeting, did Ben-Gurion finally accept the eyewitness testimony as validating solid proof that this person was indeed Eichmann.

Ben-Gurion entered the Knesset meeting and informed the members of the exciting news. Then he ordered all the doors to be locked so that no one would leak the news to the media. Ben-Gurion then revealed the information to the world in a live interview.

In Israel this week, we will read Parsha Shelach. G-d told Moshe to send spies into the promised land to gather intelligence before going to war with the locals. According to most commentaries, Moshe knew that this was not going to turn out well and therefore added a Yud, which is a letter of strength to his most trusted student Hoshuah to be called Yehoshua from this point forward.

Moshe sent out twelve spies to the land of Canaan on a fact-finding mission. Forty days later they returned, carrying a huge cluster of grapes, a pomegranate, and a fig to report on a lush and bountiful land.

But ten of the spies warned that there was good news and bad news: That although the land was bountiful, the inhabitants of the land were giants and warriors, “more powerful than we.” Only Yehoshua and Calev insisted that the land could be conquered, as G-d had commanded. “G-d has already promised the land to us.”

The majority held sway over our people, People are far more ready to side with the majority than to do what is right. In this case, the majority opinion was to abandon the mission and turn back to Egypt. G-d decreed that Israel’s entry into the land would be delayed forty years, during which time that entire generation would die out in the desert.

A group of remorseful Jews stormed the mountain on the border of the land and were defeated by the Amalekites and Canaanites. The spies that spoke poorly about the land were rebuked and punished severely for their actions. It wasn’t merely a bad decision; it was a rebellion against the Lord.

In one opinion, I saw that the spies that spoke poorly about the land didn’t have the worst intentions. They were quite comfortable in the desert. They had a pretty good situation going. They could sit and learn Torah all day from Moshe. They didn’t have to work, food came down from the sky, their clothes always stayed fresh and they had a constant spiritual high. Why should they leave this pleasant environment that they became quite fond of?

Chassidus explains that Jewish destiny consists of mistakes, consequences, and growth. We were put on this earth for growth and there is no growth in comfort zones. The Jewish people were not put here for spirituality or physicality alone.

Chassidus asks another question. Were the spies supposed to lie? Were they supposed to bring back false intelligence just to make the Jewish nation feel good? All they did was report the truth! Why should they be punished for telling the truth?

Chassidus explains that obviously, they have to report exactly what they saw and not lie.

Sometimes we are put into situations where we feel that we must rebuke or reprimand someone for his/her actions. Chassidus explains that one must first try to substantiate and prove without a shadow of a doubt that the information is true.

If it is indeed true, one must find a loving and caring way to communicate this in a manner that the person will accept. If you feel any anger in your heart one must not rebuke his fellow Jew, since harsh words will only fall on deaf ears.