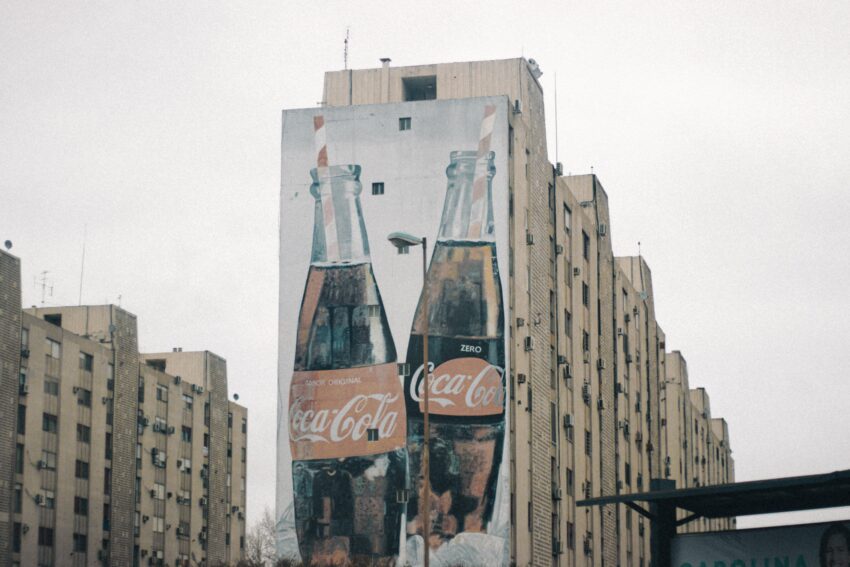 Most orthodox Jews try to educate their children in the purest of environments as possible. They send their boys to an only boy’s school where they are absorbed in learning Torah and other studies. The school’s hallways are decorated with pictures of Holy sages with the goal of creating students’ ambitions to emulate the lifestyles of these poise and holy men.

The teachers are handpicked by the administration as people that not only know how to teach young students but live a lifestyle that personifies what is taught in the Torah. Therefore, the Jewish community was devasted when after dropping off their kids at school they encountered the following uncomfortable situation.

An advertisement company decided to place a very promiscuous electronic billboard ad directly across from the entrance of the religious school.

The advertisement company tried persuading him to take a different location since this space has just been rented. This Jew was obviously not interested in any other space since his only reason to advertise here was to remove this promiscuous ad for as long as possible.

Part of him was screaming your crazy you know how hard you worked to save this money! Are you out of your mind! Why do you have to be the hero let someone rich do something worthwhile with his money! And another part of him was reassuring him that this is an action that he was put on this earth for.

That he now has an opportunity to bring light in a place of darkness. Replace dirt with purity. If he saw the problem and thought of a solution then this must be an important part of his journey in the world.

In the end, he had decided that he was going to sacrifice his entire savings for the sake of helping retain the purity of the children.

That evening he receives a phone call from the advertisement company asking him to send in his replacement advertisement immediately. The man was racking his brain what to do. He never gave much thought to what to replace it with, he was just focused primarily on the advertisement removal.

He started contemplating, should I place an advertisement for my company? Perhaps I should post something religiously inspiring? The tired salesman asked to please hurry up at $1000 a day the time is ticking! Suddenly it hit him!

So, the next day at the corner of the busy intersection the electronic billboard lit up said TODAY IS DAY 90! And so, this went on counting down day after day!

After a while, the local news picked up the story as people were all trying to guess what the countdown is all about. Everyone had their own opinion; theories were being discussed in every coffee shop in the area.

Local politicians were all sure that this was part of some hidden agenda of the other side. Activists were seizing the opportunity to tell their story through the countdown; however, no one could prove a reliable source to their story. The commotion of the countdown kept growing and growing each day. People decided to drive by this specific location just to see for themselves what everyone is talking about.

When the national news company called the Jewish advertiser for the inside scoop, he was told I am sorry it’s top secret!

With 4 days left this Jewish man is approached by Coca-Cola. We heard about your count down and we want it. Actually, we really don’t care what you wanted to do on day one, but we want day 1 for coca-cola.

We want 2 huge Coca-Cola bottles to electronically explode on the screen.  Whatever you were planning with this ingenious advertisement scheme can make a payoff but probably not as much as we have to offer you.

At the end of the negotiations and all agreements were signed with coca-cola The Jewish man found himself giving his empty savings account information to a Coca-Cola representative for the incoming transfer of 3 million dollars.

In this week’s Parsha Parsha`s ויחי Yaakov is preparing himself to depart from this world. The commentaries tell us that he wished to reveal to his children when the exile will finally end and when the final redemption will come. Then Yaakov seemingly changes his mind and goes ahead and blesses each one of his children. There are many commentaries that offer their opinion of what exactly was transcribed there.

Chasidus explains that each Jewish soul has a piece of Mashiach inside of him. Each challenge that a Jew faces has an opportunity to reveal the Divine. A revelation of light can only emerge from the darkness. The purpose of pain is to enjoy pleasure. Without Exile there is no Redemption.

Yaakov was telling his children that the Mashiach is the combination of all the revelations of all the Jewish people of all the generations and that each one of us will be able to point to our personal story and see how it played an important part in the massive revelation that is soon coming.

What Yaakov was saying is that the purpose of every difficult challenge is really an opportunity in disguise to shine your personal light in the world of darkness.

Look at exile not as a negative thing without value but as a background for you to write your story of growth and success.  Then Yaakov blesses each one of his children that they will have the courage and the strength to overcome their challenges and reveal their individual light to the world.