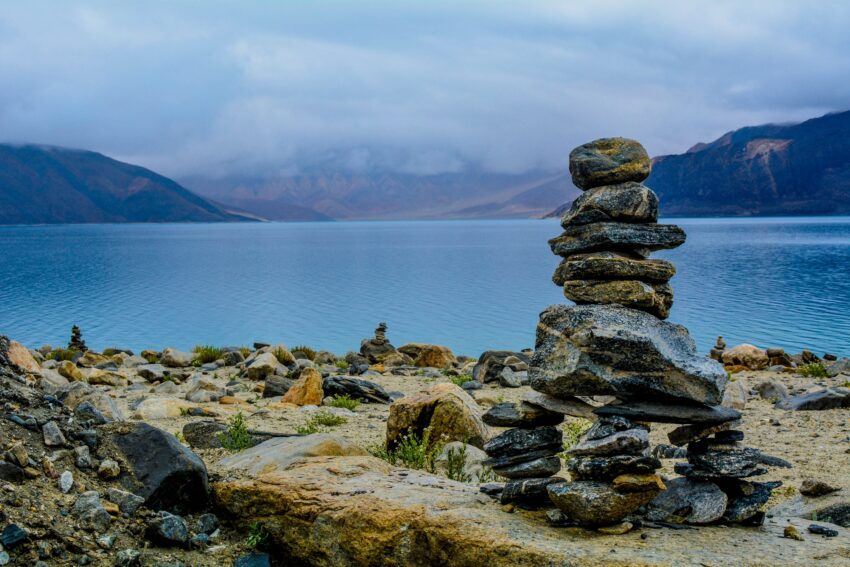 Yisrael (Robert John) Aumann is a 91-year-old Israeli-American mathematician. He received the Nobel Memorial Prize in Economic Sciences in 2005 for his work on conflict and cooperation through game theory analysis. In 1982, he lost his oldest son, Shlomo, who was fighting in the Israeli Defense Forces during the Lebanon war. Shlomo was married and had one son and sadly his wife had given birth to their daughter after he had died.

A huge crowd of friends, family, and Jews from all over Israel gathered to pay their last respects to this very special heroic fallen soldier.

After the funeral was over, Yisrael had one close friend and teacher who would not leave his side. Even though all the other guests had gone home, Rabbi Kusman stayed right near his student and friend the entire time.

Rabbi Kusman accompanied Yisrael back to his home and continued to offer him emotional support. Once home, Rabbi Kusman sat down during mourning on Yisrael’s side, and not on the side of the visitors.

Yisrael thanked his dear Rebbe immensely for being so supportive, but insisted that he should return home, since being the leader of a large Yeshiva, was worried that his students would be needing him back.

Rabbi Kusman turned to Yisrael and asked him if he could please stay for a little longer.

“During the Holocaust, my beautiful boy by the name of Meir was snatched away from me by the Nazis, which has since left an empty void in my heart until this very day. I have never allowed myself to grieve over him properly. The loss of your son has brought back all those buried, painful emotions.

My first reaction was to quickly block those horrific memories and numb myself from the pain.

However, I realized that the only way to properly carry you through this difficult period would be to join you in your suffering by allowing my horrific memories back in.

“I am certain that just as I have come to be with you today, my son Meir has come to greet your son Shlomo on high. However, even though both of our children are holy as they both left this world, sanctifying G-d’s name your Shlomo has one advantage over my Meir. You see your Shlomo chose to risk his life to protect other Jews, which is one of the most praiseworthy of life’s accomplishments.”

Yisrael Aumann turned to his Rebbe and friend and said, “You have truly consoled me.”

In this week’s Parsha פרשת ויצא Yaakov places twelve stones around himself before he goes to sleep. During the evening, he has a dream of angels going up and down the ladder and when he wakes up, all the rocks are now joined together to form one big rock resting under Yaakov’s head.

Some misinterpret this as a compromise when solving a problem. For instance, if two children both want to work on the computer at the same time, a parent may suggest that one child use it first and then the second child use it afterward. The truth is that although bargaining can sometimes be a very good solution to a problem, this is not the intention of Tiferet.

The definition of Tiferet is creating a situation that uses the two attributes of kindness and strength simultaneously. This unity of attributes creates a beautiful force known as Tiferet. Like a masterful artist having different colors on one canvas. The contrast of colors skillfully drawn side by side creates a beautiful picture.

When Rabbi Kusman forced himself to go into a very painful place using the attribute of strength, and then sincerely consoling his dear friend and unifying with the attribute of kindness, he created something even more glorious (Tiferet).

This was the sign of the unity of the rocks that Hashem was showing Yaakov. Each one of your children will be a more powerful rock in his/her own right, however, their true beauty (Tiferet) will shine through when they join each other as one!

Have a wonderful Shabbos!